On September 29, 2004 Governor Schwarzenegger signed into law Assembly Bill 2752 authored by then Assembly Member Christine Kehoe. This bill was chaptered on the same day and is currently Chapter 884 of the California Code. The District sought a legislative exemption from the law, but was unsuccessful. Whether you agree or disagree with water meters and water conservation, it is a reality in California. (AB 2572 text)

In addition to AB 2572, there are other pieces of California legislation that directly affect water meters and their timely installation. They are:

Q: Why is the State requiring that water meters be installed?
A: California has historically experienced significant periods of drought.  The State of California has the legal authority to regulate water usage. The new State regulations are designed to allow consumers to monitor their own water use.  This encourages people to conserve water while paying only for water actually used, and not paying a flat rate.  In addition to the legal mandates to install meters and conserve water, it is also a sound economic and environmental practice.  The District must pump all its source water from underground aquifers which is an expensive process.

Q: Since we are geographically part of the NV watershed, shouldn’t we be exempt from the metering regulations?
A: During the 2005-06 California legislative sessions, the District pursued an exemption to the water meter legislation on those grounds. However, after much effort including testifying before the Assembly Water and Parks Subcommittee, it was determined that an exemption would not be possible. While the legislature accepted our arguments that since we were part of the Nevada watershed and water conserved in the Tahoe Basin would not benefit any downstream users in California, they nonetheless voted down the proposed legislation and it died in Committee. More importantly, the passage of  SBX7-7  would have superseded any exemption the District might have been granted under AB 2572. 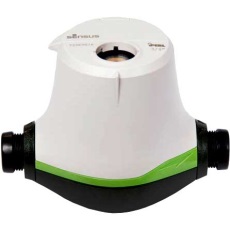 If you have urgent issues, such as an overnight water outage, please contact our customer service at (530) 544-6474.